VBAC After 40 Weeks: Is it Safe to Go Past Your Due Date?

Are you wondering about the success rate of VBAC after 40 weeks gestation, or if it is safe to carry your little one past that 40 week mark?

In this article, we are going to talk about going past your due date and how that may affect the success rate for VBAC.

Going past 40 weeks, in general, is something that has become more and more controversial. Birthing people are left feeling super anxious to give birth before their estimated due date arrives, or soon after, to avoid procedures they don’t want. They can face pressure to be induced, and where VBAC is not offered, pressured to schedule a repeat C-section.

As much as I was okay with going over my due date, it was the daily pressure that got to me.

Becca, VBAC parent and storyteller on The VBAC Link Podcast

If you are worried about going past your due date and facing pressure to change your VBAC birth plan, this blog is for you. Dive in with us as we break down the evidence on VBAC outcomes after 40 weeks.

Can you go past your due date with a VBAC?

The simple and very quick answer to whether or not you can have a successful VBAC after 40 weeks gestation is YES!

I personally went past my due date for my third pregnancy, which was my VBA2C baby. I remember approaching my due date and getting comments like, “WOW you are about to pop! Is your baby okay being inside this long?” And, “Aren’t you just so sick of being pregnant? How come they haven’t just taken you in yet?”

I let these comments roll off my back, because I was comfortable with where I was in my pregnancy. I had faith that my baby was okay and would come when he was ready. I had done my research on safety, had a supportive provider, and I knew my motherly intuition was not going to lead me the wrong way.

In 2018, a study called The ARRIVE Trial came out. This trial was to determine if induction for first-time parents in the 39th week would lower the chances of serious complications vs. waiting until after 40 weeks. The study group had just over 6,000 people agree to participate, which is a very small number to be able to truly tell a difference between the two groups.

In the end of the trial, they were unable to prove a reduction in the primary outcome of serious complications to babies by inducing at the earlier date. The study did show that those who were induced at 39 weeks had a 19% rate of C-section vs. a 22% rate in the other group.

Since this trial came out, a lot of providers have seemed to encourage parents to induce or give birth by 39 weeks. This can make it hard for VBAC parents, especially when it comes to induction bans and providers not supporting induction for VBAC.

Can you safely go for VBAC after 40 weeks? Yes, absolutely.

Studies have not found any increase in the risk of uterine rupture or other complications after 40 weeks of pregnancy. However, it was ultimately discovered that success rates for VBAC after 40 weeks are lower, with 31.3% of women requiring intervention. This risk further increases at 41 weeks to 35.4% needing intervention.

Can you induce labor for a VBAC?

The American College of Gynecologist and Obstetricians (ACOG) states that although VBAC has a lower chance of success when it comes to induction, it’s not a contraindication. In fact, they state that some labors may need to be induced, and it is a reasonable option for people who want a vaginal birth after a C-section.

If your hospital or location does not allow induction for VBAC, this can leave you in a hard place. Many providers tell their patients that induction is not a possibility for VBAC. As the ACOG states, this is not true. When a provider refuses to induce, parents are left feeling like they no longer have options. They may look into methods for how to naturally induce labor, if the body is ready. However, they may have to undergo a repeat C-Section instead of the VBAC they desired.

Some providers give timelines, stating that if you don’t go into labor naturally by 39, 40, or 41 weeks, they will schedule a repeat C-Section. Providers who will not induce are also less likely to use any augmentation such as Pitocin during VBAC labors.

Even though the chance of uterine rupture is very low (less than 1%), it is the biggest worry for hospitals when it comes to VBAC.

If your hospital or location does not allow VBAC after 40 weeks, this can leave you in a hard place. Remember that you have options, and no one can make you do anything you do not consent to.

We encourage you to learn about the best methods for VBAC Induction and discuss these options with your provider. I also love this video that Julie made breaking down VBAC Induction, when to do it, and what a safe induction should look like.

What percentage of VBACs are successful?

VBAC rates are different all over the world. In 2018 the US success rate was shown at 13.3%. That may sound like a discouraging number, but it has been rising from past years, when it was as low as 9%.

More recent studies have shown that 60-80% of people who attempt a VBAC are found successful, including VBAC with twins.

The chances may be higher for certain situations than others. For example, if you had a vaginal birth prior to your Cesarean Section, your chance of having a VBAC is considered higher. Don’t let this scare you away. It is possible to have a VBAC if you haven’t had a vaginal birth before, and there are ways to improve your chances — starting with educating yourself on how to have a successful VBAC.

I remember people asking me why I felt I could have a vaginal birth, after a provider told me I would never get a baby out of my pelvis. The simple answer to that question is that my body was made to do it this way, and I just had the wrong support team. I truly believe that if I had a more supportive birth team with my daughter’s birth that ended in a repeat Cesarean, I would have either had a VBAC or come a lot closer.

VBAC rates across the United States and in other countries as well can be fairly low even though success rates are high, meaning that the percentage of people who actually achieve a VBAC when they plan one are high.

It hurts my heart to know that there are so many people out there that qualify for a VBAC, but are simply not given the opportunity to try. It makes me wonder just how high that 13.3% would climb if more people were given the chance.

How long should you wait for a VBAC?

Now that we know VBAC is a safe and reasonable option for most, and induction is not a contraindication, how long past that due date should you really go?

ACOG states that 41 weeks plus 6 or 7 days is considered late-term pregnancy. Anything after 42 weeks is considered post-term, and induction after that point should be considered.

Typically, no matter where you are planning to give birth, if you have reached 41 weeks gestation, your provider will suggest a non stress test (NST) to check on the baby. If you are planning a VBAC at home or at a birth center, once you’ve reached 42 weeks, there is a chance that you are now risked out of their care. You may need to transfer care.

Be sure to discuss what protocols your provider has in place for parents who have reached their 41st or 42nd week of pregnancy.

With VBAC, there is worry that waiting too long is unsafe. People will say it raises your chances of rupture, that your baby is growing and may become too big to get out vaginally, or the risk of stillbirth goes up. So how do you really know?

Intuition is something we talk about often on the podcast and on our blogs. If you are approaching your estimated due date and feel like you need to have a baby soon, discuss your feelings with your provider. The same goes for if you feel like you should let the baby stay in the womb for a little longer vs. inducing. Follow your heart and don’t hesitate to talk to your provider about how you’re feeling.

In 2005, a study was done on the success rate for VBAC after 40 weeks. It showed that 31% of people who went beyond their estimated due dates had a “failed VBAC”, compared to 22.2% for those who attempted VBAC before their due date. People who go into spontaneous labor were also shown to be more likely to achieve a VBAC.

With all of this said, it is still very possible to have a successful VBAC after 40 weeks, and also with an induction. It is hard to know what is or is not right when it comes to making decisions on when to give birth to your baby. It’s even harder to make decisions when you have a lot of extra static and opinions coming at you, and you are vulnerable at the end of your pregnancy.

That is why we created our online VBAC prep course to help you feel educated and prepared when it’s time to make decisions about your birth. If you want to feel confident and comfortable with your decisions and in conversations with your family, friends, and providers, I encourage you to check out the course. 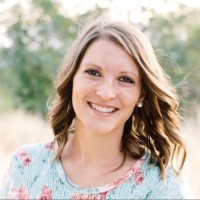 As a birth doula of seven and a half years, I have served over 280 couples with expertise in VBAC. I personally understand the struggles one can face as I have personally had a VBA2C. As Co-founder of The VBAC Link, I have loved making connections with families further than just my local community.

Becoming a Dad? 11 Tips for Husbands to Support During Labor & Birth
Next Post: 9 Best Online Birthing Classes: How to Find the Right Fit for You